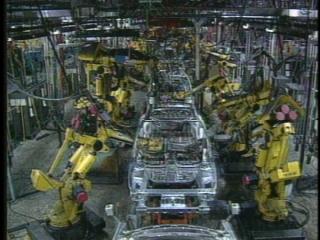 DETROIT – Major automakers’ U.S. sales continued their deep slump in February, putting the industry on track for its worst sales month in more than 27 years as huge rebates and low-interest financing failed to spur fearful consumers to make a major purchase.

The slide casts further doubt on the financial viability of GM and Chrysler, which need to sell cars and generate critical cash to supplement the $17.4 billion in government loans that are keeping them in business.

Automakers and analysts have been predicting sales will rebound in the second half of this year, but they are becoming less certain. Massive layoffs, the stock market decline and sliding home values are prompting people to hold on to their cars longer, while those who are buying are more often opting for a used car or truck.

Emily Kolinski Morris, Ford Motor Co.‘s top economist, said retail sales to individuals had been stable for four months but dropped in February, indicating that last month may not be the bottom for auto sales.

The bottom, she told reporters and industry analysts, can’t be predicted. But she said Ford’s forecast still calls for a modest second-half recovery as economic stimulus measures takes hold.

Industry analysts say when all the numbers are tallied, February sales could be worse than January’s total of 656,976 light vehicles. That was the lowest monthly total since the industry sold 656,310 vehicles in December 1981, according to Autodata Corp. and Ward’s AutoInfoBank.

The trough is likely even though automakers spent more on rebates, low-interest financing and other incentives in an effort to bring out buyers. But despite the fantastic deals, sales continued to slump.

“If it wasn’t for the generous level of incentives now, we probably would be seeing even lower sales, if you can believe it,” said Jesse Toprak, executive director of industry analysis for the auto Web site Edmunds.com. “It seems it can’t get lower, but it could.”

Ford, which hasn’t taken any federal assistance, is preparing for sales to remain depressed. The Dearborn company said it plans to produce 425,000 vehicles in the second quarter, down 38 percent from the 685,000 it made in last year’s April-June period.

Detroit-based General Motors Corp. said it expects to make 550,000 vehicles in the second quarter, a decline of about 34 percent from year-ago levels.

Toprak said there’s little automakers can do to spur sales.

“You can spend money on marketing or incentives. That’s all you can do,” he said. “Neither is having a big impact on sales. That tells us it’s really consumer confidence and the general negative state of the economy overall causing consumers to postpone making purchase decisions.”

Industrywide, the average incentive per vehicle last month rose 8 percent from January to $2,914 per vehicle sold, Edmunds said. Incentives climbed to an average of 20 percent of the sticker price of a new car, and they topped more than $10,000 on some vehicles.

Hyundai Motor Co.’s creative “Assurance” program helped it buck the trend of double-digit sales declines with a 2 percent drop in U.S. sales last month. The South Korean company’s program allows buyers to return a vehicle within a year if they can’t make the payments due to a misfortune such as job loss or disability.

But more people opted for a used car instead, indicating that those who need to buy a vehicle are spending less. Edmunds said its data show that 27 percent of people who intended to buy a new car switched to used at the dealership in February.

There is hope for a rebound, however. Rising used car prices are an indication that new car sales may be near the bottom, because more people will choose a new car when they see they won’t save as much by buying used.

Ford will continue its strategy of reducing low-profit fleet sales and not relying on large incentives to sell vehicles, Czubay said, protecting the company’s trade-in values.

“We are zigging while some of our competitors are zagging in the incentive world,” he said.

The sales slump hit Ford at both ends of its model lineup. Sales of its F-Series truck, traditionally the best-selling vehicle in the U.S., fell 55 percent, while sales of the Focus small car dropped 39 percent.

Sales of the Toyota Camry, the best selling car in the U.S., sank by 41 percent. Demand remained strong for Honda’s Fit subcompact, whose sales dropped 2 percent, but sales of its top-selling Accord sedan fell 42 percent.

Most other automakers posted significant declines, but Subaru of America Inc.’s U.S. sales edged up 1 percent in February as sales of its top-selling Forester model doubled. Motor Trend magazine named the Forester its sport utility vehicle of the year in the fall.

Kia Motors Corp.’s sales were about flat from a year earlier.

The Associated Press reports unadjusted auto sales figures, calculating the percentage change in the total number of light vehicles sold in one month compared with the same month a year earlier. Some automakers report percentages adjusted for sales days. There were 24 sales days last month, one fewer than in February 2008.

Your Conditioner May Causing Your Flat Hair